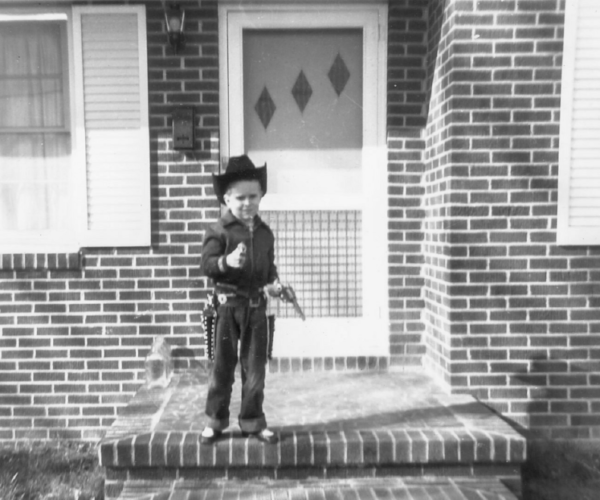 from Graham to Fountain is 121 miles 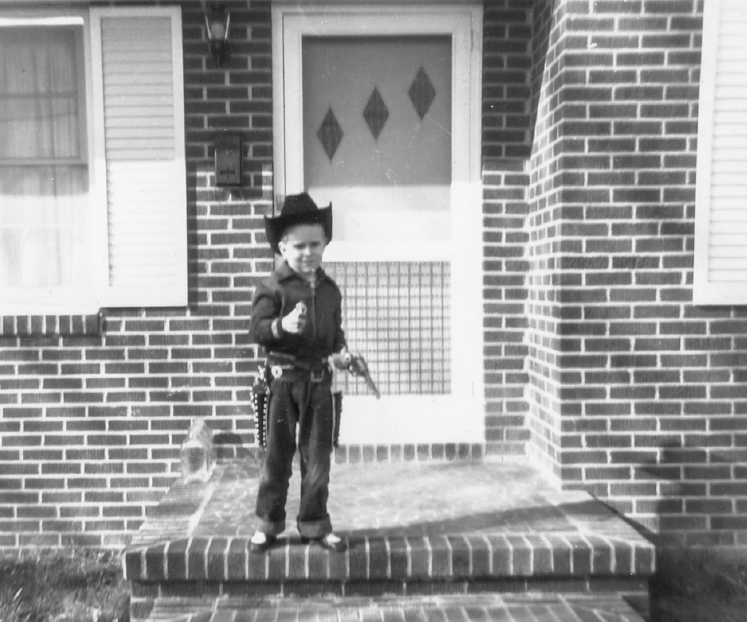 Had (Hopalong Cassidy) guns, traveled (many miles since this Melville Street porch in Graham), now retired in Fountain

Grew up in Graham. Earned AB in journalism/English from UNC-CH, MFA from UNC-Greensboro. Worked in public relations (Rocky Mount) and retail books (Greensboro, Winston-Salem, Gastonia, Athens, Ga.) before embarking on 38-year career as educator, in Louisiana and North Carolina.

Retired from public work, living in Fountain, with wife, Elizabeth, and our son, Silas, a 2021 grad of AppState. 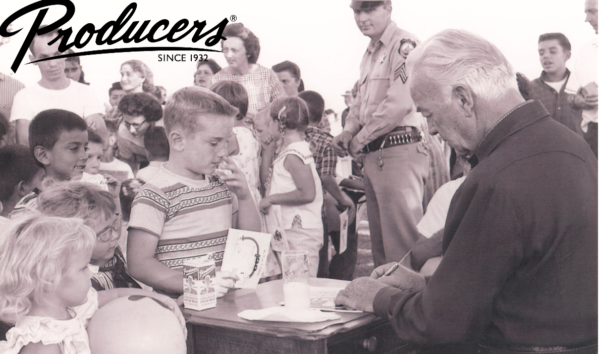 I’m still searching for the 8×10 photo of me pulling those Hoppy guns on Hoppy himself, who’s mainly got eyes for Miss North Carolina in that moment captured just after the Burlington Christmas parade, 1956.

Hopalong Cassidy was a spokesperson for Melville Dairies (and others), for which my dad worked, in Burlington. We kids earned points towards our Hoppy gear by collecting the coin-like cardboard inserts that helped seal our glass bottles of milk, home-delivered, of course. We drank a lot of milk.

I’ve lost my guns (I had first a single shooter holster, then the double-guns one), hat, bullet belt and vest but still have a tattered Hoppy bedspread and, somewhere, that 8×10.