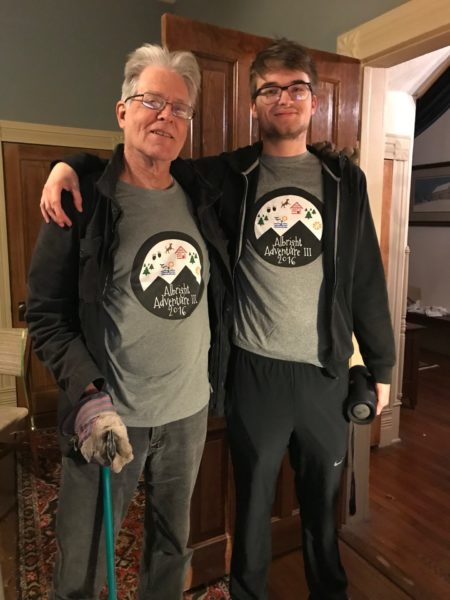 1951
born in Burlington and subsequently grew up in Graham, the second of four children born to Iva Ruth Buckner Albright of Graham & James Alexander Albright of Mebane.

1972
Chapel Hill. A.B from UNC-CH, with a double-major in English and journalism.

1980
Greensboro. Quality crew chief supervisor, US Census.
Traveled to Italy with University of Georgia School of Art’s Cortona program, staying for most of a month in a monastery above this gorgeous town.
On weekend’s, we usually traveled to view art and architectural sites, and in July, we were in Rome, where, on the 2nd, I joined in with a crowd of locals to scale a fence and gain entrance to a Stranglers concert that had just commenced on the grounds of Hadrian’s Castle, near our hotel. Security came running, and some of us went back down while I and others continued with the scaling and made it safely inside, where we quickly blended with the mass. I didn’t know anything about the Stranglers, but in March 2022, the video for their first song on the set list that night, “Shah, Shah a Go Go” is chillingly apt, and in one of the more astonishing miracles (to me) of modern technology, you can run through a likely 18-song set list on setlist.fm and watch a video of each song. Forty-two years later, I remember mostly the energy of that night, and how efficiently as the concert ended the Italian police cleared the crowd and hushed us immediately from our cries of “encore”: white light spots at eye level, surrounding the stage and pointing directly out towards the audience, all simultaneously switched on so that the whole stage turned suddenly into a fiery ball of white, forcing us all to turn away and retreat, in a mostly orderly fashion.

1984
Edited two collections of poetry: Dreaming the Blues: Poems from Martin County and (co-edited with Luke Whisnant) Leaves of Greens: the Collard Poems.
Traveled in Spain, Portugal, and Morocco.

1986
Began restoration work and research on “Pitch a Boogie Woogie”

1988
Wrote and co-produced (with Susan Massengale) the UNC-TV documentary Boogie in Black and White.

a more personal timeline, developed from the sorting out process of emptying boxes–a good way to bide pandemic time.