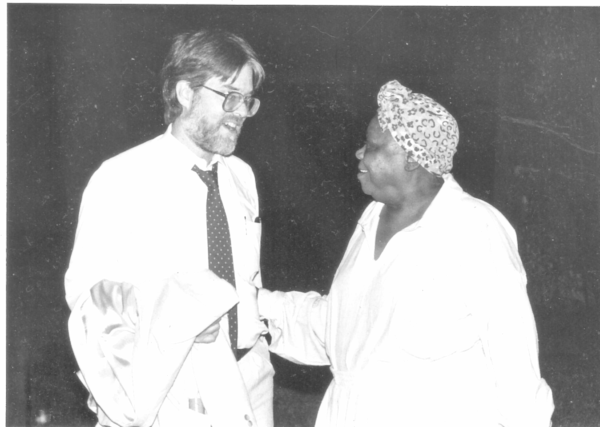 “Local” is eastern North Carolina, or, as it’s sometimes known, East Carolina (aka the 51st state)–never, properly, Down East–but it also encompasses almost every project I’ve undertaken, no matter its locale.

It runs the gamut from foodways to the Civil War and what its conclusion meant for those who lived in bondage at Somerset Place on Lake Phelps. But no matter the project, it’s almost always seemed that seeing it through a local lens was the best way to understand it. Maps and city directories have been essential tools to figuring out, for example, Langston Hughes in Reno as well as New Orleans during World War II, when it hosted two excellent African-American Navy bands..

With Louise Anderson, the star of “Coming into Freedom: the End of the Civil War in Eastern North Carolina,” after her performance at Somerset Place in 1990.