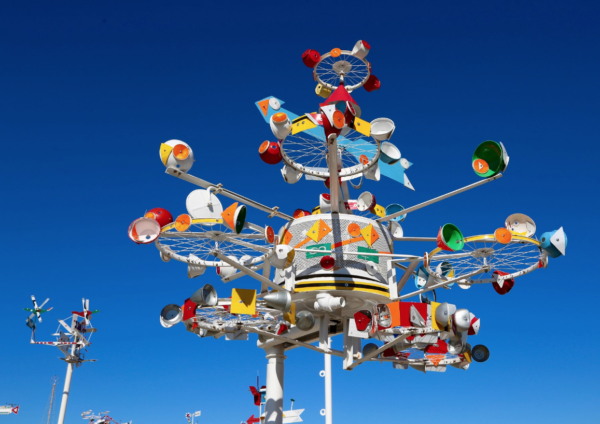 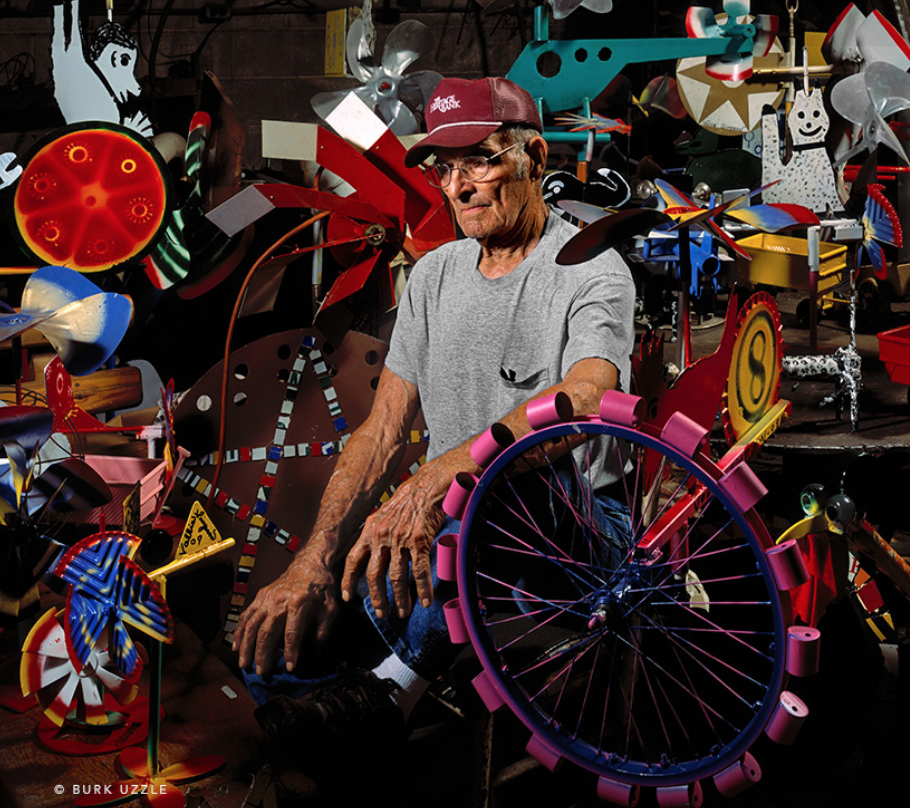 My essay “Vollis and His Fun Machine” appears in the recent NC Museum of Art book You Are the River: Literature inspired by the North Carolina Museum of Art. For the book, Helena Feder asked North Carolina writers to respond to an item of their choice from the museum’s collection, and I was delighted that mine, to write about Vollis’s “Wind Machine,” became part of the project. It spins 24/7 on the lawn at the museum in Raleigh. The essay was great fun to put together, mostly from a lot of other sources, especially those who had interviewed him. Unfortunately, the museum cut my sources (even though I had proofed them!), making it appear as though I had possibly conducted all the interviews that resulted in Vollis’ extended comments throughout the essay. Although I visited with him many times over the years, it seemed by the time I met him in the late 1980s there was already enough being written about him, and that, perhaps, he had had enough of that kind of attention and the kinds of folks it brought to his piece of Wilson County.
Anyway, I couldn’t have written very much of this essay without all those sources, especially from back issues of the Wilson Daily Times, and I’m sorry these credits weren’t included in the book.

Sources used in writing “Vollis and His Fun Machine”

—. ”The Man behind the Whirligigs,” in Vollis Simpson Whirligig Park. 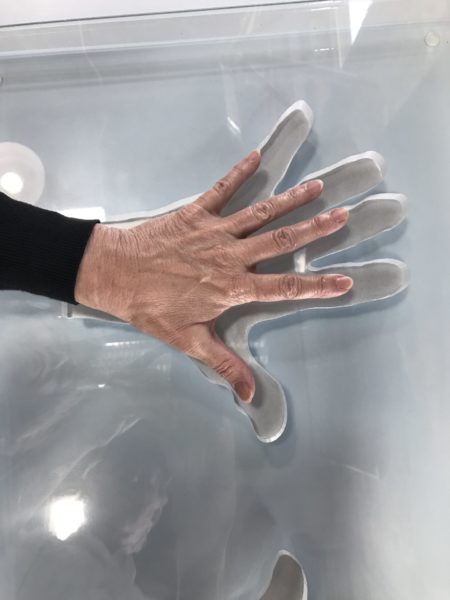 Alex’s hand inside cast of Vollis’

Meanwhile, when you’re in East Carolina, be sure to check out the Vollis Simpson Whirligig Park & Museum in downtown Wilson, where you can literally put your hand in his.