The C band was not, as its name suggests, the third best of the African-American bands at Great Lakes but was, rather, comprised of the youngest recruits, like Lou Donaldson. Ship’s Company A Band stayed together at Great Lakes during the war; musicians being groomed for duties elsewhere comprised the players in the B and C bands, and the players in these bands came and went. Those in Ship’s Company A Band were generally more experienced players in professional bands prior to the war. That Len Bowden put together an all-star band of the best players, the Great Lakes Radio Band, from the three bands suggests that all of them had some very good players. 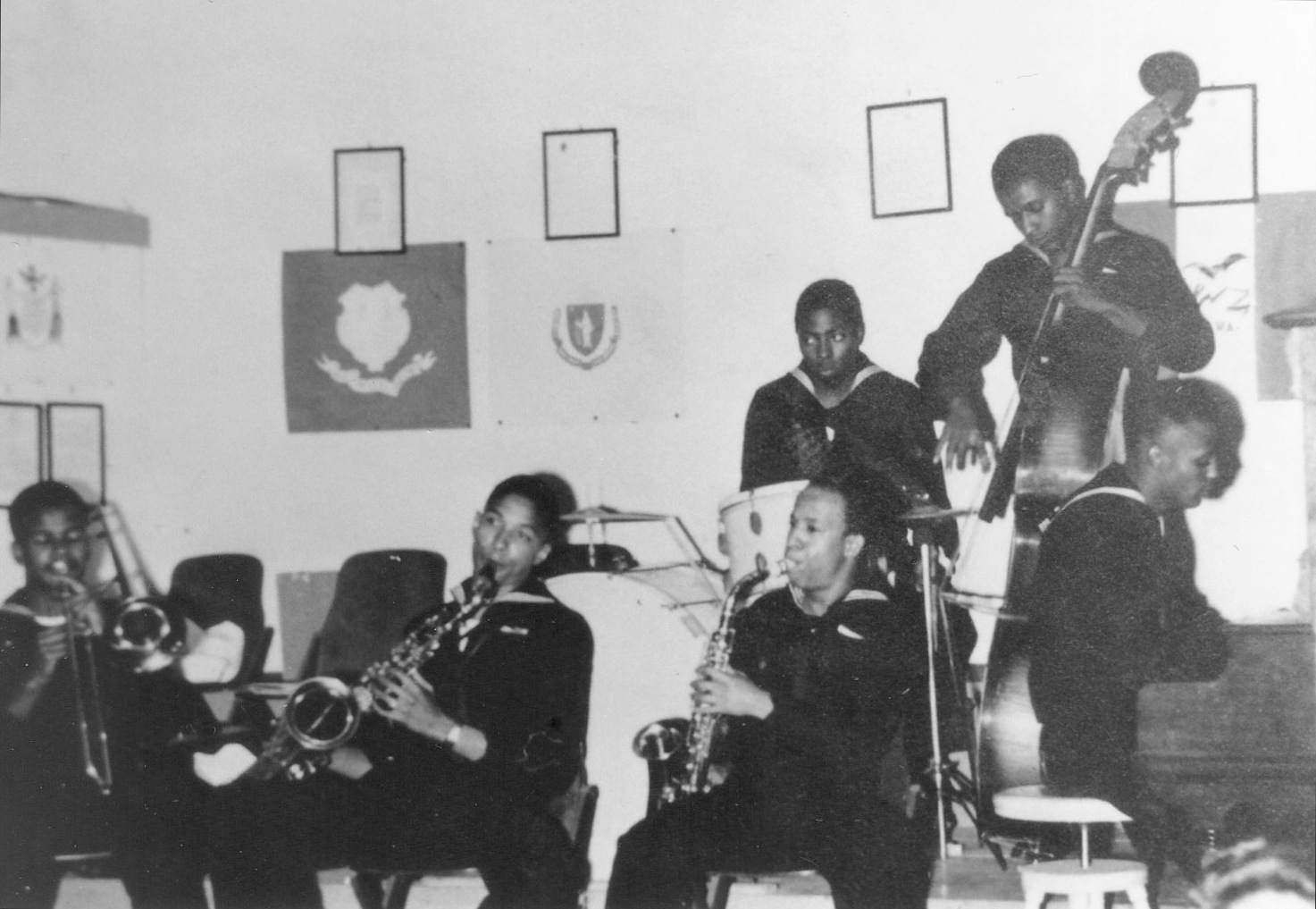