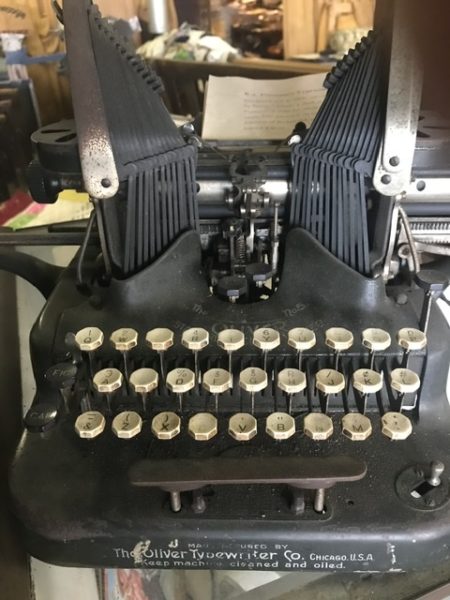 In a 38-year teaching career, a few highlights stand out:

The Squire Writing Workshop, which I led for the North Carolina Writers Network for a week during July 2019.
This was an intensive week spent with good writers interested in developing the particular creative nonfiction writing projects the brought with them to Greenville, where we me daily at ECU.

A summer abroad, 2017, in Prague, teaching creative writing to undergraduates from Carolina, Clemson, and ECU.
This course didn’t make in 2018, and then I retired. But I made the contacts to set up a recurring program, with inexpensive lodging in a great location and an incredible array of opportunities to engage mature writers.

The several times I got to teach Research for Creative Writers in ECU’s MA-English program.
A course that could be replicated online, but ideally it would be a semester’s length, once-a-week seminar teaching graduate students (or advanced undergraduates) MLA-style documenting, archival research, and how to use personal research in their own stories, poems, plays and essays. The archival research component means close proximity to a special collections that has significant collections of writers’ papers is required.

Although I’m not actively looking for teaching work, I sometimes imagine replicating any of these experiences again.

My first teaching job was as a part-time instructor at Biscayne Business College, 1977, in Gastonia while I managed Waldenbooks at Eastridge Mall. Biscayne was owned by George Shinn, whom some might recall as the disgraced former owner of the Charlotte Hornets. I lasted a semester in this position, which I left after administration changed an F I had given to a C–the school made its money primarily off of returning Viet Nam war veterans, and so long as they kept passing classes, they could remain in school. The young man who earned the F from me had submitted a plagiarized research paper on the tennis legend Pancho Gonzalez and then denied it. The plagiarism was particularly easy to spot because it claimed that Gonzalez had just completed his second year as a pro (he turned pro in 1949!) and easy to find, word for word, in an old Sports Illustrated.

In Athens, where I worked primarily as a clerk at Barnett’s News Stand, 1978-1980, I taught creative writing at the local prison, Clarke County Correctional Institute, an interest I returned to for several years in the early 1980s after moving to Greenville.

In 1980-81, I taught U.S. History and English at Chalmette High School, a suburb of New Orleans, in a system that was the last sex-segregated one in the U.S–it was still all boys during my year there.

In 1981, ECU hired me as a lecturer on a one year contract to teach 4 sections of freshman comp a semester.

I retired from ECU as an associate professor in 2018 after 37 years, most of which were spent as a creative writing professor specializing in creative nonfiction.

Along the way, I’ve also taught creative writing workshops at Duke and for the NC Writers Network.