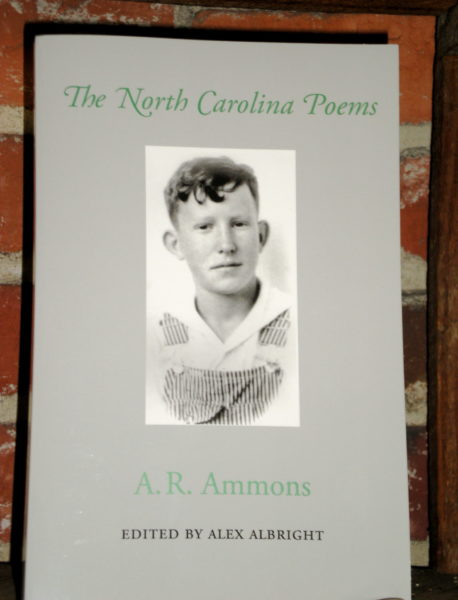 This Christmas greeting from Archie’s Home Country is an excerpt from Tape for the Tun of the Year.

“’Ponds and Mudbanks and Ditchbanks, Brierberries, Things of That Kind’: A Conversation with A.R. Ammons.” North Carolina Literary Review 1.1 (summer 1992) 46-57.
The “Ammons & Lawson issue” includes the first publication of Ammons’ poem “Broad Brush,” several personal photos, excerpts from Tape for the Turn of the Year, and Patricia Gantt’s “The A R. Ammons Papers,” a survey of UNC-CH’s collection of early Ammons journals and letters. Buy it.