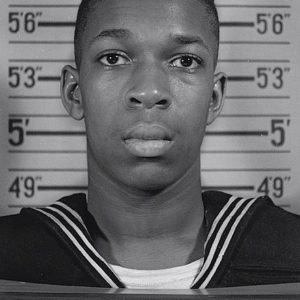 This 17-piece band replaced B-1 at Manana Barracks in October 1945.

A new recruit, another North Carolinian, John Coltrane, joined after it arrived. Coltrane, who entered the Navy as an apprentice seaman, trained at Sampson Naval Training Center in New York. He went from there to Camp Parks at Shoemaker, California, where he stayed from November 1-28 awaiting deployment. He was then transferred to Manana Barracks. 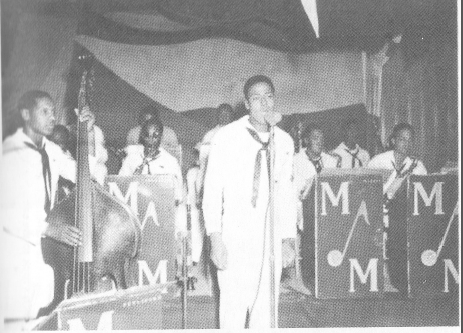 Cuthbert Simpkins identifies Coltrane as 2nd from left, the sax player in shades, in this photo of the Melody Masters.