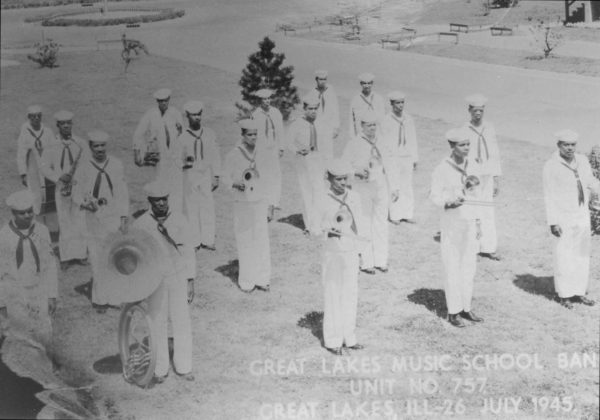 U.S. Navy Band 757 was trained at Camp Robert Smalls before being sent to Chase Field Naval Air Station at Beeville, Texas . In 1945, the band was re-assigned to New Orleans Lakefront Naval Station.

Lou Donaldson, Carl Foster, and Jehovah Guy, students at N.C. A&T College where they were also members of the band, served together at New Orleans. Donaldson and Foster were with 747 for the war’s duration. Guy was stationed first at Guantanamo Bay, where Alton Augustus Adams, Jr. was bandmaster, prior to his posting at New Orleans. 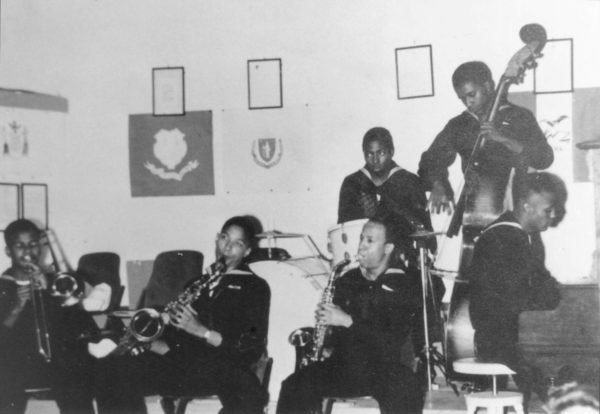 Lou Donaldson on saxophone and Carl Foster on piano, jamming in New Orleans.

Donaldson was somewhat disappointed by the local music scene he found in New Orleans, especially after having sampled the rich bop offerings in Chicago. “I didn’t think any of those cats could play,” he said. “I mean they played that old stuff and I didn’t care for that. The only one down there that could play was Dooky Chase. That cat could play. Had the only modern band in town.” 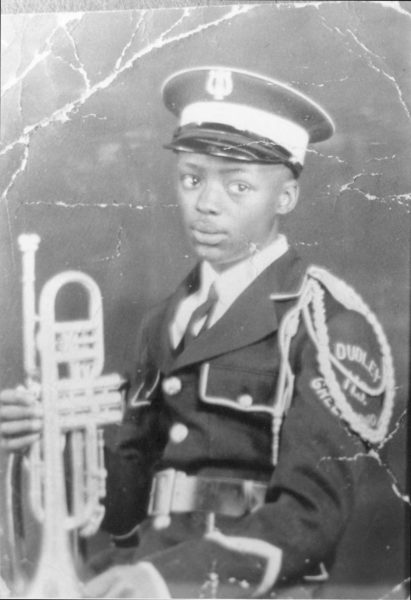 Carl Foster was a standout trumpeter in the renowned Dudley High School (Greensboro, NC) band before he joined the Navy. After the war, he returned to Greensboro where he was house pianist at the legendary Artists Guild.