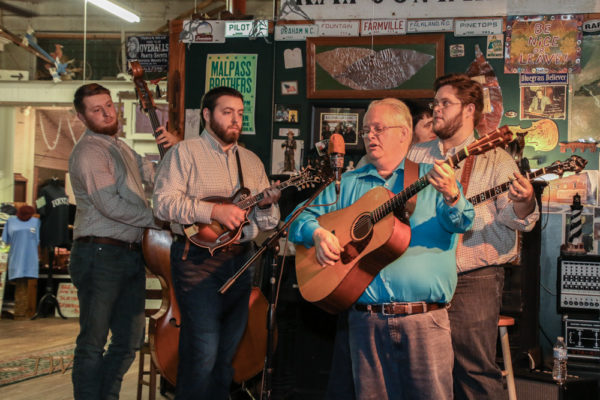 Growing up in Graham, I was surrounded by bluegrass, I’m sure, though I’d likely not have noticed it as different from country music. Being 13 when the Beatles broke meant, for me, that such roots music wouldn’t take hold for a long time, decades, in fact.
Collard poems introduced me to Shelby Stephenson in 1983, and nearly twenty years later, Shelby introduced me to bluegrass music, via his family band the Stephenson Brothers (Shelby, Marshall and Paul) & Linda, who were a featured act at R.A. Fountain General Store’s grand opening in November 2004. Shelby told me to be on the lookout for Tim Myatt, a local banjo hero, and along with Tim came Clyde Mattocks and then Ted Jones, the Malpass Brothers, Russell Johnson, Roby and Jeff Huffman, Samantha and Daniel Casey and an all-star cast of more from here and neighboring counties. They all showed me what fun live bluegrass could be, and the impressive picking prowess of these and an increasingly larger cast of musicians traveling through Fountain made it abundantly clear that bluegrassers are really in a big league of their own. And the occasional true Southern gospel (that is, white gospel usually delivered a capella and with dense and haunting harmonies–not with tracks as has unfortunately become all to common) that’s filled our venue has made me often wish I’d paid a lot more attention back in the day to the Albright Family, four and sometimes five uncles and cousins that would sing a few numbers after our family reunion feasts.
In recent years, it’s also been a great boon to living in Fountain to have the International Bluegrass Association hosting its World of Bluegrass festival in Raleigh, less than an hour away.

“On Bluegrass, Beer, Some Barbecue and a Few Weeks in Prague.” storySouth, Fall 2017. n.p. online www.storysouth.com. 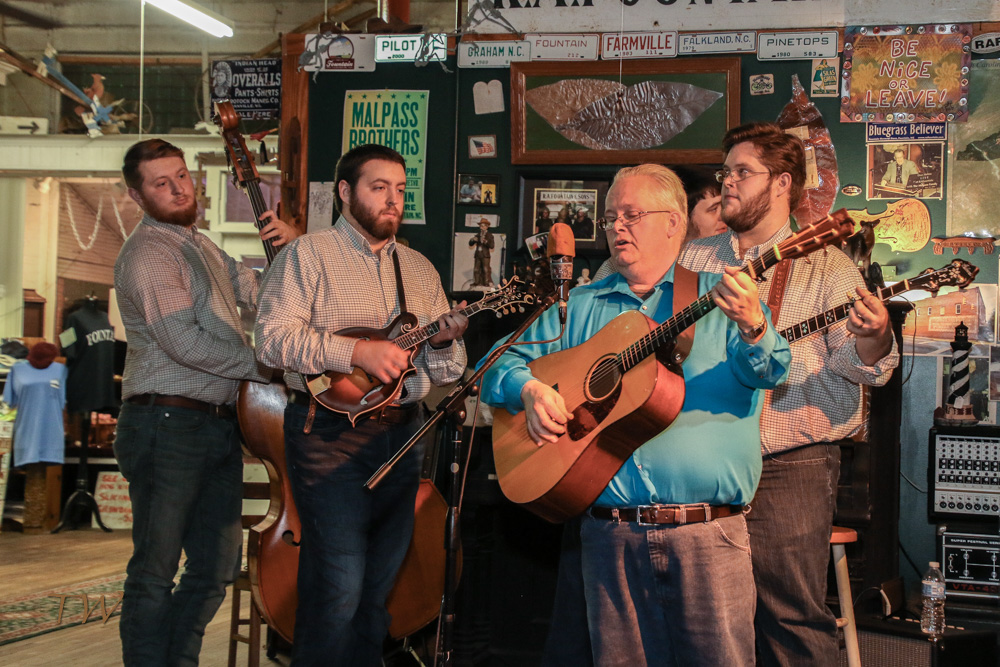 From Kentucky, the Kevin Prater Band stops by Fountain for shows when they’re traveling in the region.