Witnesses to the assaults

An alphabetical annotation to 61 Citizens’ table of contents, indicating an additional 92 citizens, often family, who were direct witnesses to those whose narratives are recounted in the Holden trial testimony. List does not include the countless citizens who heard screams in the night but did nothing.

in the case of

Samuel Allen
+7 , his wife, their border, & their neighbors

Hamilton  Brien
+ 3, his daughter with her infant and Bradshaw, a constable

Joseph Harvey
+ 2, his wife & their infant 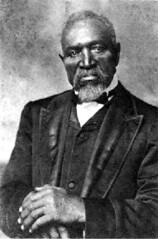 Sally Holt
+ 3, her daughter & two men taken from her home

Jacob Murray
+20, his grandchild killed, its mother assaulted, at a Christmas party with a full house; three young men taken away and whipped, the others told to remain locked in the house for the night.

John Overman
+ 2, his wife & their child

Jemima Philips
+ 3, her son taken away & murdered, & his two children,

Matilda Puryear
+ 3, her husband taken away & murdered, & their 3 children

Andrew Shoffner
+ 4, his wife & grandson; his wife’s sister & her son

Alfred White
+ 5 or more, his wife & their children who are not named or numbered except for a daughter and her husband.